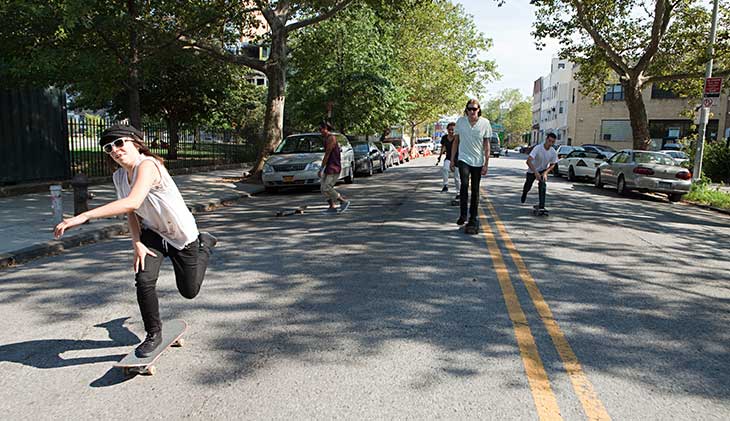 Street Vs Park Skateboarding: Can You Name These Differences?

Skateboarding covers a broad range of disciplines. Street and park are two of the most famous, and they are the only ones you can see in the Olympics.

The park discipline involves taking vert, transitions, and bowls. Meanwhile, skaters will do tricks over staircases, ledges, or rails in the street style.

In this post, we'll go through the differences between street vs park skateboarding to clear your confusion. Let's join us!

What Is Street Skateboarding?

This style of skateboarding requires skaters to be creative when dealing with obstacles on the streets. The obstacles can be rails, ledges, or staircases.

You can also skate on real street obstacles. However, many of these aspects can also be available at a skatepark.

Rather than sliding through a bowl to build power and speed, tricks for this style entail executing ollies and ollie versions while rolling or blending on ledges and rails.

You can perform skating jumps in this style. This technique aims to maintain your speed while running.

The transitions you make are excellent for ensuring that your speed is stable. Hence, people often employ quarter pipes on both ends of the track.

At the 2021 Olympic Games, this format will officially launch. Riders in the Olympics can take any course they like around the track.

The skaters will complete two 45-second rounds and five techniques every game. The judge will score the competitor by evaluating the originality and difficulty of the tricks. 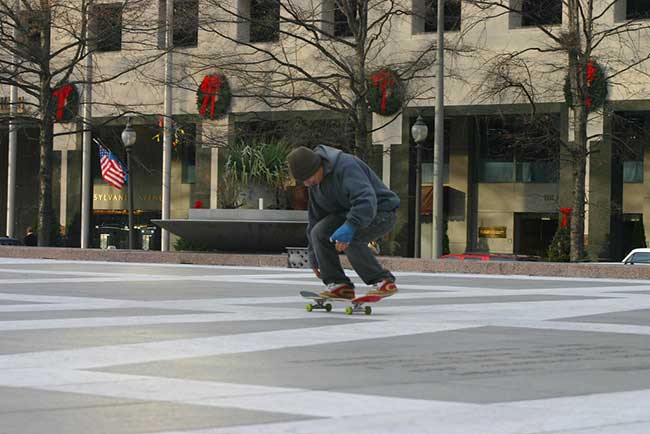 You will skate over actual obstacles

What Is Park Skateboarding?

As the name indicates, park-style skateboarding is a skating practice that takes place primarily in parks.

You can design and build momentum and perform tricks over jumps if the skatepark provides a bowl, vert, pool, or a snake run.

This style combines skating patterns and moves through different corners at a skatepark.

Even if you're performing flatland tricks like ollies and flips, you may still call it to park skating if vert and transitions are involved.

Grinds, airs, slides, and stalls are the most common park skating techniques. Skaters also apply these skills when they experience street obstacles.

This discipline is present in the Olympics. A competition has two rounds: prelims and finals.

In the prelims, 20 participants will join four sets of five competitors. Each of them does three 45-second runs, and the five judges will score them. The top eight competitors will get to the final round. 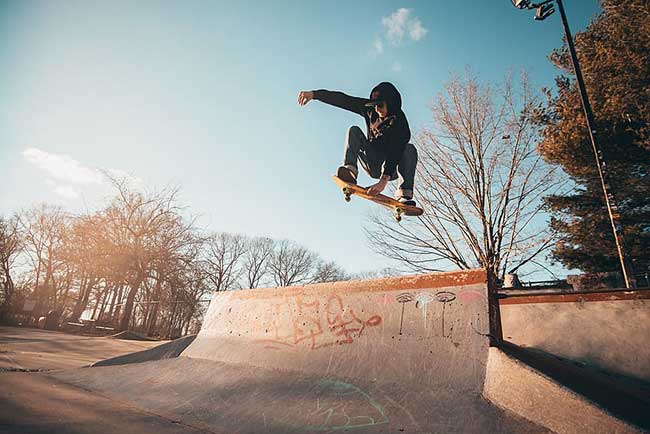 Skateparks are great places for practicing on your skills

Differences Between Street Vs. Park Skateboarding

You've figured out the definition of these terms, but what's the difference between street and park?

Neither matter is simple. You can learn both of them simultaneously if you are a beginner. It's a great way to improve both.

However, some top skaters decide to work on just one discipline and work hard to perfect it. However, it does not imply that one is easier than the other.

Skateboarders who are familiar with skating in the park and have done so for a long time may find learning street skating quicker. They've already accomplished skating essentials, such as balance and gliding their board with comfort.

When you consider the complexity of the area you're riding on, though, street skating might be more challenging.

Most skatepark routes are standard, while obstacles on the streets like higher stairs and taller rails differ.

Furthermore, guards who try to stop skaters from riding in a particular area can also contribute to the challenge.

Your skateboarding setup has an impact on your performance.

Skating layouts in parks usually include the following:

Street skateboarding, on the other hand, typically involves:

Street skateboarders are often more famous than park ones in the international rankings and on social networks. As a result of the difference, street style has become more prominent than park style.

It is, though, entirely dependent on the supporters. Many fans appreciate skaters performing nasty tricks down 20 flights of stairs, while others enjoy watching park riders fly through the air.

In general, they are both famous for getting to the Olympics officially.

Now the differences between park vs street skateboarding are apparent. It's time to sum up.

Other Styles Of Skateboarding

Skateboarding has several different disciplines, including park and street skating. Here are some more styles that you may like:

Skaters from this style often perform flamingos, hang tens, caspers, hippy leaps, and odd tricks. They entail using your hands and lifting your legs off the board.

Downhill necessitates using a big-sized board, up to 46" long and 10" wide. It is hazardous since it requires riding at speeds of up to 65 mph downhill.

Freeriding is a gentler form of downhill in which skaters travel downhill and slow things down by performing slides.

The vert requires skating pools with half-pipes from the height of 10 to 12 feet. Vert layouts are similar to those used by park skaters.

This video will show you how to practice this trick and some tips to make the best of it.

Cruising is a fun way to go around town and get to your destination. It is also a practical form of transportation.

Here are some frequently asked questions about the difference between skateboarding park vs street. Let's check!

1. What does "street" mean in skateboarding?

The term refers to obstacles you see across the streets. The skaters have to pass these obstacles beautifully.

2. Is street or park skateboarding harder?

Both are hard to learn. However, the street style comes with more challenges, making it a little tougher to perfect.

3. How does skateboarding work in the Olympics?

There are two disciplines applied to skateboarding:

Often, no. Using skateboards on the streets is not illegal. However, do not try it if the streets are baby. Some cities recommend skaters do ride on the bike lane.

The differences between street vs park skateboarding come down to their setup and learning curve. If you are a beginner, it would be best to practice both.

The good news is that once you've worked on one method successfully, you will master the other faster.

Hopefully, the comparison in this post will help you distinguish these skateboarding disciplines. If you have any questions, please leave a comment.

Thank you for reading, and see you in the next post!